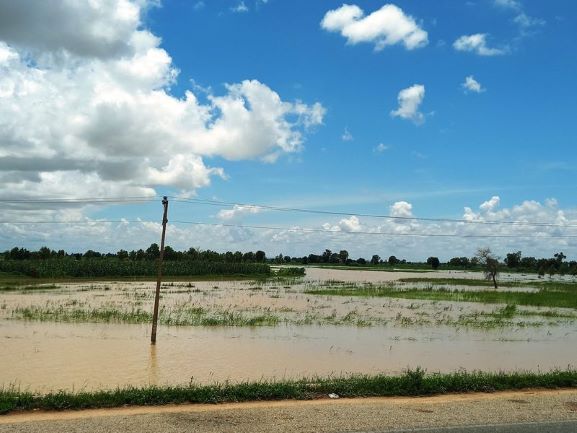 Floods washed away at least two million tons of rice in Nigeria in the August rainfall and floods, a quantity estimated to be more than 25% of the previously projected national output of 8 million tons. Nigeria had hitherto been the second-largest importer of the grain in the world.

This waste involved at least 450,000 hectares (1.2 million acres) in Kebbi, according to the Rice Farmers Association of Nigeria. Flood was reported in Kano, Nigeria, Enugu, Jigawa and Nasarawa states.

RFAN reported that they had expected to add 2.5 million ton of rice output this year. He said, “Although we heard the forecast of flooding this year, we didn’t expect that the damage will be of this magnitude,” He added, “Our target at state level was 2.5 million tons this year, but now we are looking at only 500,000 tons of harvest.”

The National Emergency Management Agency (NEMA) reports that about 50 people died in Nigerian floods this year as rains caused Nigeria’s rivers Niger and Benue to overflow, . It had warned earlier that 28 of 36 states were at risk of flooding this year. The floods also affected crops like sorghum, millet and maize farms.

Nigeria’s rice importation had declined from 1.2 million in 2019 to 2020 values of 200, 000 tons as production rose to 6.7 million tons over the last three years, according to the U.S. Department of Agriculture, which also reported that consumers had switched to local products due to high costs of foreign rice..